Lincoln Heritage Life Insurance Company was founded in 1963 — a time when final expense insurance claims could take several months to be paid to policyholders. Meanwhile, the concept of fast overnight claims payment and 24-hour service for both agents and customers was more fiction than fact. As such, Lincoln Heritage’s founding mission was to set a new bar for prompt, friendly, and accurate service in the life insurance industry.

Lincoln Heritage Life Insurance Company has an A+ rating with the Better Business Bureau and an A- (Excellent) rating with A.M. Best, an organization that evaluates the financial strength of insurance companies. We’ve also received hundreds of positive reviews over the years from policyholder families who have experienced our fast claims service. Read Lincoln Heritage reviews.

Commonly referred to as burial insurance or funeral insurance, we provide final expense life insurance quotes for people looking to protect their families from rising funeral costs. As a family-owned company, Lincoln Heritage provides the old-fashioned, personalized service you deserve. When you call us, we answer with compassion and care — every time. We understand that you might be facing one of the most difficult days of your life and we’re here to make it easier.

Lincoln Heritage Life Insurance Company is the leading provider of Final Expense Insurance, operating in 49 states with over 1 million policies in-force valued at more than $8 billion. 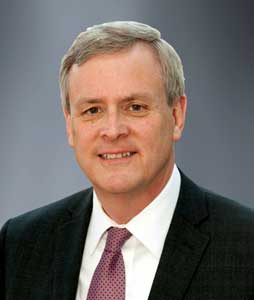 Lincoln Heritage Life Insurance Company has been the national leader in agent produced final expense life insurance for most of our 50+ years in business. Unlike many of our competitors, final expense is not just one of several lines of business; it is our specialty and focus.

We believe that if a company of Lincoln Heritage’s size tries to be involved in a number of lines of insurance products, the natural result is they become mediocre at all of them. Instead, we choose to be the best at final expense and to invest our time and resources in this one market. As a result, we believe we have more experience and understanding of final expense life insurance than any other life insurance company in America.

The benefits of taking this focused approach are substantial:

The company reports direct insurance in-force in excess of $8 billion and more than one million policyholders have chosen to protect their loved ones with Lincoln Heritage insurance coverage. Among the top 200 premium producing life companies in the U.S., Lincoln Heritage’s capital and surplus to liabilities ratio is 66% higher than the industry average. While many companies struggle to produce premium, we reported $520 million of direct premium income last year.

Our promise is to be here to provide comfort and financial support to our customer families at their point of need and we consider this a high calling rather than just a job. I am proud to be involved in this very important industry at a time when our services are needed more than ever. 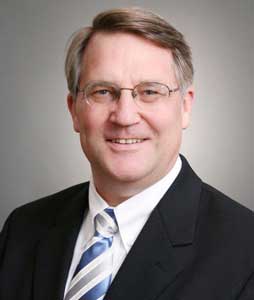 Lincoln Heritage Life and the Londen Companies represent a remarkable achievement by a genuine entrepreneur. Jack Londen, along with his son and partner Tom, built a true final expense insurance powerhouse — hundreds of thousands of policyholders can continue to depend on Lincoln Heritage to be at their side in their time of need and thousands of agents can take pride in knowing that with us, their hard work allows them the opportunity to serve families while achieving great financial success. Dad didn’t stop there, working with his wife Lynn, dad also built AZTV, Londen Land, and other business ventures.

Being involved from the beginning, in the 1960’s I worked in the office with my Mom, Dodie Londen, issuing the first policies and typing the first commission and claim checks. Together, Dad and I made the first of 25 insurance company acquisitions starting in the early 1970’s. I am proud to help lead the company’s management now, and proud of the able help that Tom’s sons Matt and Alex are providing to Larry Schuneman, Doug Turner and Keith Perkins, our executive management team. It’s a great team.

In memory of Dad and Tom, the Londen family is fully committed to continuing Lincoln Heritage Life as an independent, family-owned business run just as it has been during the many years of enormous success. We firmly believe that the best thing for the company and for the Londen family is more of the same, with emphasis on more.

Jack Londen began to sell life insurance while he was still an undergrad, becoming so successful that he convinced himself he had little need for a college degree. It turns out he was right. Jack founded Arizona Trust Life Insurance Company in 1963, and his first successful company was born.

Following exactly in his father’s footsteps, Tom Londen began selling burial insurance by going door-to-door for his father’s insurance company when he was just a sophomore in college. When Tom was 28 years old, he became president of Lincoln Heritage Life Insurance Company himself.

The rest, as they say, is history. 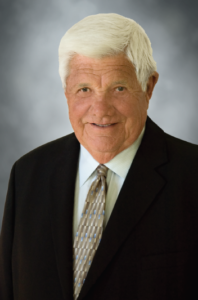 Jack Winston Londen will be remembered for his energy in business, his passions for politics, faith and philanthropy, as well as his steadfast friendship to so many.

A Born Salesman
In every realm, Jack Londen was a natural salesman. As a young boy during the Great Depression, he sold homegrown raspberries and blackberries from door to door in Boulder, Colorado. By the time he was in high school, he had saved enough money for the down payment on a Texaco station in Boulder, that he owned for several years — selling more than his share of tires and batteries.

Reaching Higher
While in college at the University of Colorado, he began to sell life insurance, becoming so successful that he convinced himself he didn’t need the college degree. And indeed, he was that entrepreneur who never applied for another job. After moving to Arizona in July 1962 with his wife, Doris “Dodie” Londen, and four small sons, Jack founded Arizona Trust Life Insurance Company in 1963. For the first full year of the funeral insurance company’s business, Jack was the only salesman and Dodie was the home office staff.

The Next Generation
Son Tom joined the company as a salesman in the 1970s, rising to become president at age 28 while his father remained chairman until his passing. Jack bought and consolidated over 25 other insurance companies over the years. His group of companies now includes Lincoln Heritage Life Insurance Company, Londen Land Company and Londen Media Group, which includes AZ-TV among its stations.

Looking Forward
Today, Lincoln Heritage is the nation’s leading provider of final expense insurance, operating in 49 states with a home office staff of more than 400 and thousands of agents around the country. “Every time I thought I knew everything about Jack, he’d come up with something I had never seen before,” says Larry Schuneman, former president of Lincoln Heritage Life Insurance Company. “He was a master salesman. And he was like a second father to me.” 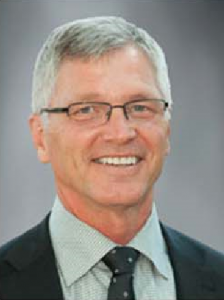 Tom Londen began selling burial insurance just like his father, Jack Londen, by going door-to-door for his family’s insurance company when he was just a sophomore in college. When Tom was 28 years old, he became president of Lincoln Heritage Life Insurance Company. Under Tom’s leadership, Lincoln Heritage Life Insurance Company became the nation’s leading provider of final expense insurance. Tom Londen was the definition of a hard working leader. He will be remembered for many reasons, but those that stand out the most may be his kindness, his ability to see and work through any conflict, his tireless work ethic and his unwavering good spirit.

While most of Tom’s time was devoted to his work, he was also a very active philanthropist who provided several years of service to the Juvenile Diabetes Research Foundation. Most of Tom’s philanthropic efforts were anonymous, meeting the needs of those who required help in a private manner. Tom funded several four-year scholarships to the Notre Dame Preparatory School in Scottsdale to provide an excellent education to underprivileged children.

Tom will also be remembered for his quick wit and constant humor. Whether that humor was expressed by giving multiple nicknames to each of his children, or when dealing with individuals in the business world, Tom knew how to lighten any situation and put a room at ease with his charisma.

Tom had fallen ill and been diagnosed with cancer just a year before he passed away and while everyone was aware of his illness, the loss of a great leader is one that you can never fully be prepared for. Tom Londen had a way of preparing for the future even if you didn’t realize he was doing so. Part of what made Tom such a great leader was the team that he had set in place for when he would no longer be with us. Tom built on the legacy that Jack Londen had established when he founded the company in 1963. Tom’s vision has taken the company to heights no one ever deemed imaginable. Filling the void of a great leader is never easy, but with his thoughtful and strategic planning, we are all reassured knowing that Tom’s vision will continue to be carried out. 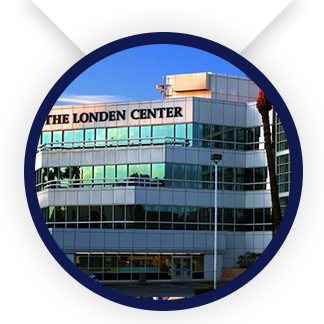 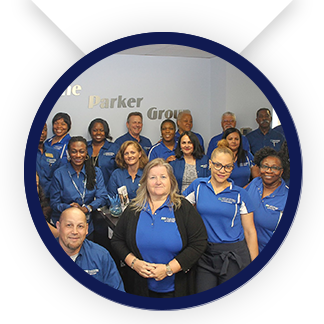 Our support system, our training and most of all our team culture promotes success and excellence, giving every agent the opportunity to live up to their fullest potential. 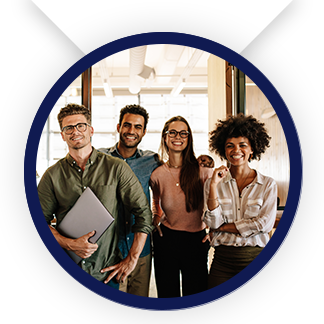 It is most rewarding to see people being able to, by the way of helping others, change their own financial future for themselves, their families, finding their own purpose and fulfillment in their Career and in Life. 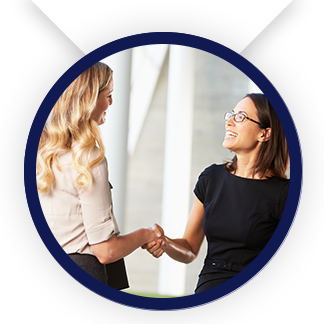 In order to get different results in life and in your career, it often times requires of you to make new decisions and explore what lays outside of your comfort zone. Our amazing training and superb support system, makes the leap into your new venture a lot less intimidating.

For more Info on the Parker Group and Jessica Parker, or to inquire about our next open houses, our life licensing classes, or our Spanish Division, Fill out the form below